In addition to the possibility of using software such as the Teamcenter PDM system as supplied by the manufacturer, many customers take the opportunity to implement their own ideas of processes and views. The following example shows how the user interface of the Siemens Teamcenter PDM system can be customized and how the company's own program logic can be integrated.

What is Teamcenter RAC?

The Rich Application Client (RAC) is Teamcenter's most widely used user interface. With the help of the RAC, the user can access all Teamcenter functionalities that are important.

A Rich Application Client generally, a graphical user interface with its own logic, based on a Rich Client Platform (RCP). A rich client platform is in turn a framework used to develop plug-in-based applications.

What does this mean?

A plug-in is a software building block and can range from a simple function to a complex program. For the user, this means that the Teamcenter Client can be extended at any point.

The following describes how to create a simple plug-in extension.

In the following example the context menu of the Teamcenter RAC is extended by a new menu entry. Three Extension Points are written for this purpose: 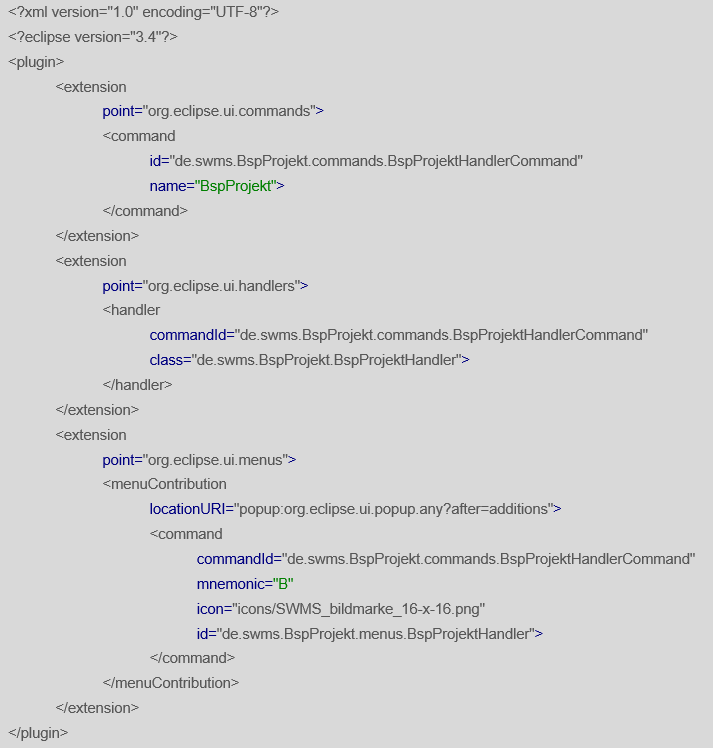 With the "menus" Extension-Point, the actual entry in the context menu is created. The entry refers to the previously defined control command.

The result of this extension is seen in Teamcenter's RAC as follows. 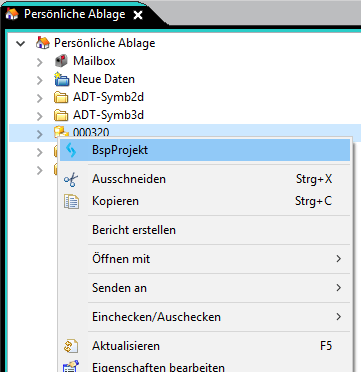 As shown in Figure 2, an entry has been added to the context menu. It gets its display name from the "commands" Extension-Point specifically from the XML field "name".

In the plugin.xml, a class is specified, which is to be called with the release of the control command. The class in the plug-in that is called must implement the abstract class "AbstractHandler". The execute function which we overwrite is called by triggering the control command, i.e. by clicking on the context menu entry. In this example a popup window appears with the message "Hello world". 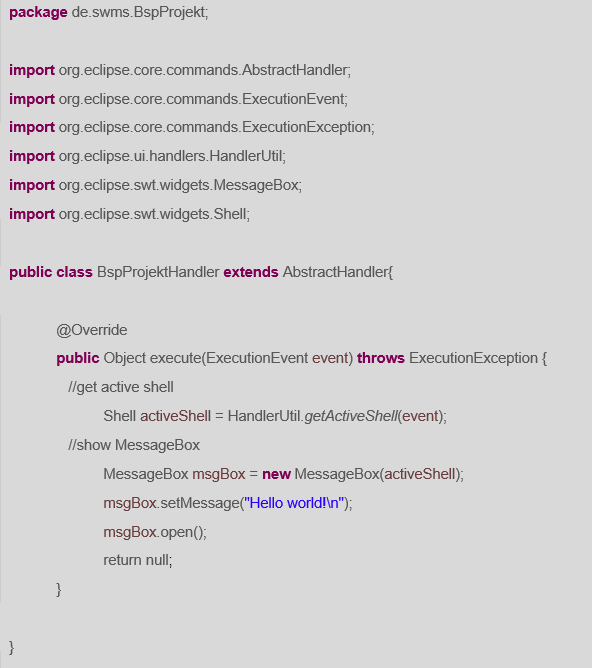 When developing a plug-in for Teamcenter's RAC, these SOA services can be accessed. This enables a high degree of automation with customization in the user interface and low development effort.

The central maintenance of the clients is always an important point for the administration. Adding, revising or removing plug-ins can be done via a shared folder in the network. All you need to do is create a ".link" file in the client's ".link" folder that contains the path to the shared folder.

Different clients can be linked to different or multiple plug-in folders. This ensures that every user has access to the latest plug-ins that are needed for his specific application.

A RAC customization is a simple way to provide the user with new features in Teamcenter. A large number of functions can be accessed via the SOA interface. Since Teamcenter's RAC is completely plug-in-based, a menu entry is only the beginning of a comprehensive redesign of your system landscape. There are no limits to customization. From the custom views to the implementation of a completely new software, everything is possible.