Those who know their trade rely on their own software.
We show you what to look out for and how to get started.

The cross-linking and digitalization of the world is creating new business models for virtual products. If one continues to think of these business models, the inclusion of real products is logical conclusion. Which benefits, which data, which technologies are just some of the questions that every company has to ask itself. Almost all industries are thus occupied by the Internet of Things (IoT)

The opportunities are often only visible at second glance.

We will show you a toolbox of machine controls, sensors and cloud services to demonstrate possibilities for converting your products into the "Internet of Things". 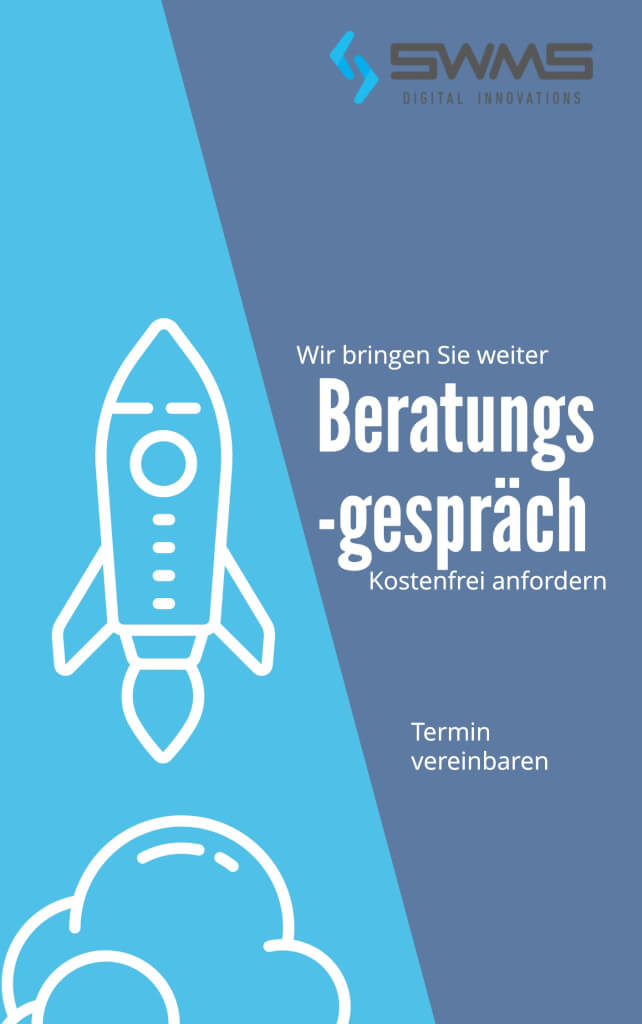 Blog-Content about Internet of Things

How do you teach Artificial Intelligence (AI) to work with Azure Machine Learning?

The Internet of Things generally encompasses the connection of devices of all kinds via the Internet. Until a few years ago, the Internet consisted mainly of servers that provided content via services, and PCs that enabled users to access this content. With the introduction of UMTS, smartphones and tablets, the first handy devices became part of the Internet. As participants in the Internet, smartphones and tablets hardly differ from conventional PCs. They are equipped with a microprocessor, an operating system (usually IOS or Android) and serve the user to consume content.

The Internet of Things brings new devices to the Internet, which offer the user a wide range of services. These devices are not necessarily full microprocessor PCs, but also devices based on microcontrollers. These devices offer - similar to a server - certain services. For example, a washing machine can provide information about its remaining washing time, a lamp can be switched off or on from the road, and surveillance cameras inform us about anomalies at home. 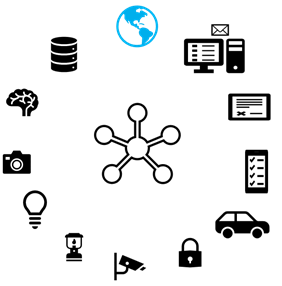 The cloud or more precisely cloud computing is called computer cloud in German. The basis of the cloud consists of networked data centers that provide their infrastructure such as computing power, storage space and software application via the Internet.

The best-known providers are Microsoft, Amazon, IBM and Google. In the course of the Internet of Things, the demand for storage capacities and intelligent tools for analysis and evaluation is increasing.

With automation services such as Microsoft Flow, it is possible to create and manage automated workflows between apps and services. In this way, tasks such as sending notifications, synchronizing files, collecting data, etc. can be performed. Developer knowledge is not required to use this service. The workflows are chained together and configured as modules of the respective service. The use of variables, loops and if-then branches is also possible. An example of a workflow with the automation service IFTTT can be found here.

Under the term Microsoft Azure IoT all services and platforms are united to this topic.

These are among others:

Microsofts Azure IoT-Hub is an open and flexible cloud service for secure management of Internet of Things (IoT) devices, providing a scalable transport layer for connecting, monitoring and managing Internet of Things devices that supports a variety of open source SDKs and multiple protocols. There are countless examples and solutions to send data to the IoT hub.

Internet of Things at SWMS

At SWMS, we concentrate on individual development in the area of IoT. We develop software according to requirements so that you as our customer get the best result and even better support.

Talk to us about your idea and the project. Together we will find a way to successful implementation. 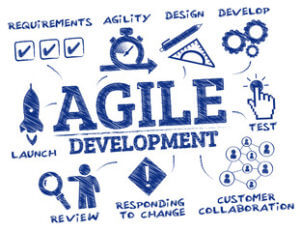 Would you like to learn more about this topic? You can find out more in our whitepapers, case-studies and reports found in our SWMS knowledge library.
To the Library

Do you have questions about digitalisation or the implementation of your digital transformation? Do not hesitate to contact us. We will be happy to help you! 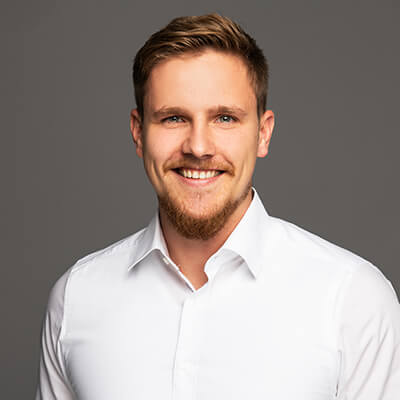